M95 Group In the Dew

M95 Group In the Dew

I was very fortunate to be able to get out last night after a month or poor skies. Even luckier that I was able to get the old newt out the night before for an hour to view double stars before the clouds moved in.
The night was fun, but unfortunately there were some mishaps. A significant one too!

I wanted to image this M95, M96, and M105 group mainly because of its position in the sky. I haven’t seen this group imaged much on the forum. Probably because it is really not that remarkable. The group of mag 9+ galaxies are somewhat small in my fov. The Leo Triplet is what I would like to shoot, but I wanted to get off and imaging as early as possible.

As things would have it, I had some issues. Took a bit to get the camera/focuser angled just right to include all the members of the group. The Aim function in Astrophotography Tool’s Pointcraft took me a few tries. I neglected to save the scope coordinates to return to after the flip, so I had to do some guessing to re-find the center post flip. All worked out though. The killer issue was that after I finished imaging, I noticed that the scope objective was completely fogged over! Dang!

I had the power to the homemade dew heaters at 75%. When I finished imaging, the mount was dripping wet. I need to pay better attention.

One of my goals tonight was to try shooting my Nikon D5300 at iso 200. I read a good bit on the internet about the low noise advantages. My histogram for 240 second exposures was just barely off the left margin. Interesting, but with the dew issue variable included, not sure what to make of the experiment, but it is pretty much trashed due to the dew.

Processed in Startools and didn’t expect much. No winner image here, but I did get something though which I can live with especially considering the dew issues.

Hey Bob @bobharmony I did try binning at 71% as opposed to 35% and got better results even though the sky was light gray from poor seeing. Interesting! 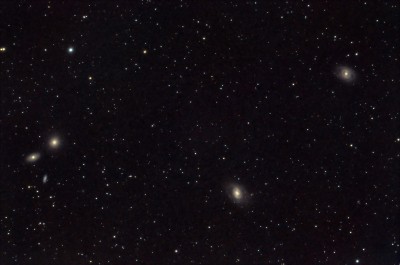 My last outing was a 3200 affair and I had planned on using a lower iso, longer exposure next time.

I like the widefield shot of this area. The individuals may be small but they make a nice grouping. Interesting news about the binning. Ivo talks about having detail at a level that covers one pixel as being optimum, but I confess to having a hard time figuring out how to tell when the data meets that criterium. Nice job, Jim!

My last outing was a 3200 affair and I had planned on using a lower iso, longer exposure next time.

bobharmony wrote: ↑
Fri Mar 27, 2020 2:28 am
I like the widefield shot of this area. The individuals may be small but they make a nice grouping. Interesting news about the binning. Ivo talks about having detail at a level that covers one pixel as being optimum, but I confess to having a hard time figuring out how to tell when the data meets that criterium. Nice job, Jim!

I was really set back when I saw the dew all over the lens! Just got too comfortable with the dew heaters and didn’t check.
When the dew-point hit, they just got overwhelmed. I’ll crank it up all of the way next time.

Of course, the dew variable really trashed the low iso test. Not sure when I will try that again. Probably go back to iso 800 next time.

Yeah, Bob, the binning issue is interesting. The image was major challenged I am sure from the dew, but binning at 71% definitely did make a noticeable difference. If I was on my old pc, 71% wasn’t really workable because of the time factor. With the new pc, it isn’t an issue at all.

This is nice, Jim, in spite of the fog!
Thank you.
Mark

Well hello again Jim. More good news from you. I love this wide angle image that you processed. Besides M95, you caught M96, M105, NGC 3384, and NGC 3373. And, I understand the dew problems. Here in Florida, we are starting to get some nice warmer weather now and a few clear skies, but the darn humidity is always between 85% to 92%. Everything is wet outside! Thanks for sharing your excellent capture with us Jim, and the very best of regards.
- Marshall
Orion Astroview 120ST f/5 Refractor on EQ3 mount
Celestron Omni XLT150R f/5 Refractor on CG4 mount with dual axis drives.
Orion 180mm f/15 Maksutov-Cassegrain on CG5-GT Goto mount.
Orion XT12i 12" f/4.9 Dobsonian Intelliscope.
Celestron SkyMaster 15x70 Binoculars. ZWO ASI120MC camera.
>)))))*>
Top 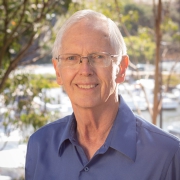 Nice image Jim. If there was a dew issue I don't see any trace of it in this image. The stars look nice and "tight".

I was hoping for more definition on the galaxies, but was happy that at least I could salvage this image.

I did notice when shooting the subs, that the stars looked pretty good. Actually, better than the last few sessions when the total rms error was much better (0.7 arcsec). This session the total rms error ranged from 0.9 - 1.3 arcsec and got I better stars. I really don't get that.

The dew was definitely there in a big, big way. I would say that 75-85% of the objective was dewed over. I imaged for about 2 1/2 hours and most of it was with the scope pointing up. I need to be more aware. I got lazy. Just a super wet night. Everything was dripping wet! Live and learn ( or re-learn!).

Thanks again Steve and everyone else that responded!
Jim 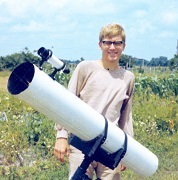 Sweet, Jim. I'm going to have to target that galactic group some day. Thanks for posting. Very nice despite the far less than ideal sky/weather conditions.

Well Jim, I know I'd be very happy with that! Clear skies are a rare thing these days, but hopefully things will get better with the planet-wide reduction in emissions... Trying to see a bright side here

All the best and hope it clears for you,