Congrats on the new flair, well-earned.

I would be proud of a set like this!

Congratulation on the M40 photo award!

Get some flats to get rid of the dust bunny.
Tom

Get some flats to get rid of the dust bunny.

I had the cardboard and duct tape light box set up to do some flats but it didn't work on the night! Annoyingly!

I'll have it tested and up and running before next session.

I spent some time on M94 as well but with a 9 day old Moon in the sky I think the images were all washed out. I'll go and have a go at it now.

My hand controller packed up a few weeks ago so I've sent it back to the supplier under warranty. Last weekend I set up with the laptop connected to the mount. The CGX has a USB on the mount that can be seen by CPWI but you don't get any control. I spent the evening doing a Polar Alignment and some visual viewing. It was quite nostalgic! I've not used an eye piece for over a year! So by slewing the mount with the laptop arrow keys I aligned on Venus and stopped to view with my 23mm for a while. Then continued aligning on Capella, Arcturus and Regulus. Finishing on an All Star Polar Align on Regulus. Then I moved round to Albireo and took in the view with the 23mm, 10mm and my 6.5mm. The colour difference was clear and always a pleasure but I couldn't focus with the 6.5mm. Then I had a look at M81 and M82. Both were found almost centre of view (40mm) but both faint fuzzies perhaps just a hint of core in M81. A visual evening made a nice change.

Anyway, it occurred to me that I would be able to set up with the pc with the 600D and and capture some data unguided, without the hand controller! So I went out last night and tried it. After aligning I captured some M101 data as a practice run for the May challenge. I'll have another go when I get my new hand controller and the Moon is out of the way. Finally I got some subs on M40, M108 and M94. M40 is getting stacked now. I'll post up the three images over the next couple of days as I get round to processing them.

Can I ask, do they still count if they're really rubbish images? It was a full Moon and with no hand controller I was doing short duration unguided captures! They all share the same 10 Dark frames, 20 Bias and 20 Flats. 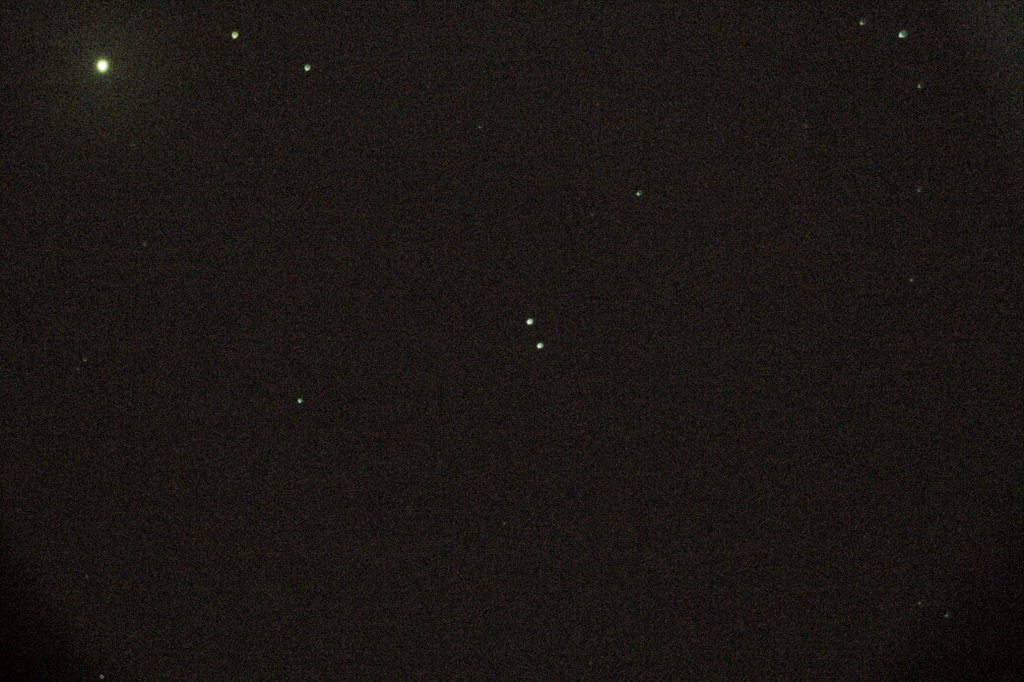 Just a pair of stars then. Interesting faint nebulosity around the near star, 70 UMa, probably just Moon glare and over stretched processing. 3 x 30 second Lights at 1600ISO but only stacked 1 due to lack of stars, I think. The flat frames didn't seem to work! 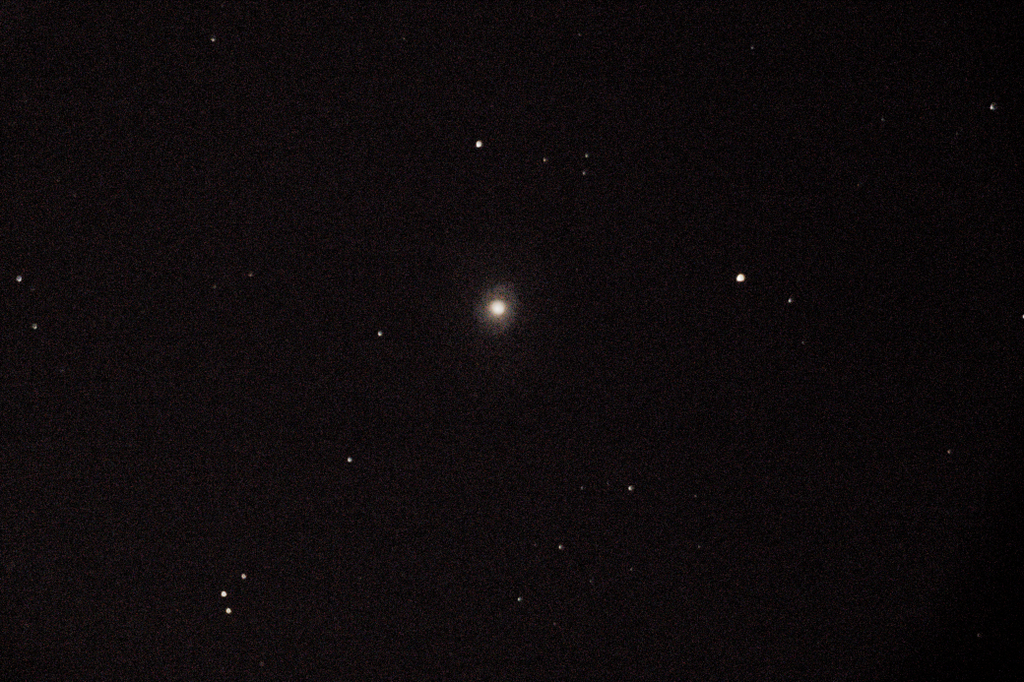 Just caught the core and the line of sight star. I'll have to have another go at this one some time because the whole thing fills my 600D frame nicely. 4 x 40 second Lights at 1600ISO, stacked 2. 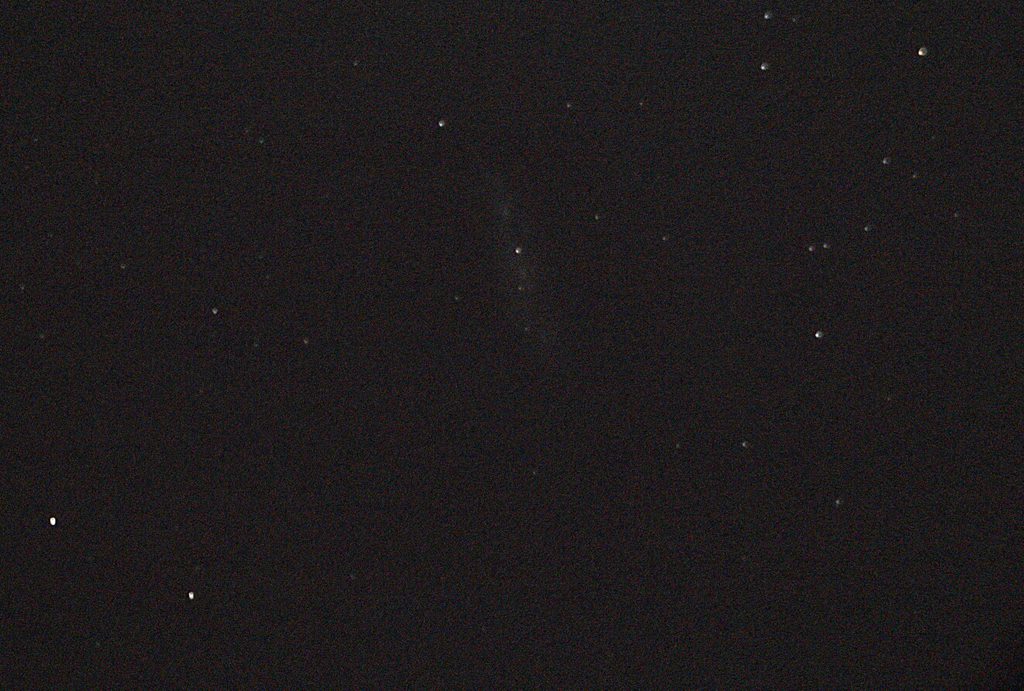 Hopefully the new hand controller will show up some day soon.

Gallery updated with all images. There must be a couple of duplicates because there are 68 images there!

Click the image name at the top of the thumbnail for a short description.