Russia fired a missile at one of its own satellites over the weekend, generating more than 1,500 pieces of trackable orbital debris and hundreds of pieces of smaller debris, which the US said “now threaten the interests of all nations”.


Definitely not a mistake, it was an anti satellite missile test by the Russian military!

I wonder if they asked Roscosmos first? 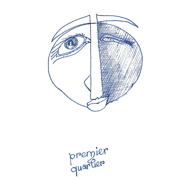 “Two things are infinite: the universe and human stupidity; and I'm not sure about the universe.”
― Albert Einstein
I LOVE REFRACTORS ,

So all four countries have contributed to the junk through these tests. Earth orbit in now openly and publicly the operating domain of both the commercial and military entities of the world's industrial nations. I think it is safe to say that the debris problem is not going to go away through agreed abstinence. So other solutions will need to be employed. Cleaner satellites are probably the best approach. I would imagine that most of the debris is only in a broad equatorial plane. Portions of the polar orbit I imagine are quite clear (just guessing).

No one has mentioned this, but I wonder if this rather large debris field from the Russian test might impact active commercial satellites and cause them to malfunction? If so, and if it can be positively attributed to the Cosmos 1408 debris, then it seems that it would justify international lawsuits against Russia to recover the cost of their satellite. Could become a rather costly test if it generates a number of lawsuits for compensation.
-Bill

An article from Space.com:
"Russian anti-satellite missile test was the first of its kind"

1. The accelerating growth in the number of satellites in orbit
2. The exponential growth in the amount of debris
3. The transition of spacecraft from few in number and important only to opaque national security interests to their proliferation and integration into global commerce
4. The late realization and serious analysis demonstrating that Earth orbit is not an unlimited resource - https://en.wikipedia.org/wiki/Kessler_syndrome

FWIW the 2008 US intercept was actually an ABM demonstration shot using a target satellite that was already on its last few orbits at very low altitude. The bulk of that debris cloud has already burned up. Debris in higher orbits can be expected to remain a threat for decades at the least.

Certainly someone in the Russian government made a very bad decision. I will forego speculating as to how that decision came about.
Any metaphor will tear if stretched over too much reality.
Gary C