The short tube version seems to be getting popular of late so some thoughts on my refractor.

The Synta yard cannon, sold by Celestron, Skywatcher, Omegon, Saxon, Kson and various other retailers since it first became available in 2000.
If you have not seen one of these in the field, the first impression from people is usually “That is a really big telescope!”

They are an impressive looking piece of kit when set up and always seem to gather a crowd at outreach nights.
Showing new people views of the planets or lunar surface are memorable moments.

The C6-R is a mid focal length 150mm aperture Fraunhofer achromatic refractor made in China under the Suzhou Synta Optical Technology Company name.

The C6-R when first released seemed to have a noticeable lack of consistency in lens quality and spacing with them arriving under-corrected, neutral or over-corrected.
It was akin to a lottery at times and some people reported having to return 2-3 telescopes before finally receiving a good one.
Consistency progressively became better over time at least, the chances of getting a poor one are quite minimal now.

The Advanced Series Go To mount with slightly re-designed CG-5 was packaged with a tripod that now used 50.8mm/ 38.1mm stainless steel legs and capacity was supposed to be 13.6 kg!

The tripod/ mount and telescope are packaged in three very large boxes with moulded styrofoam and accessory boxes holding everything in place.
The instruction manual was written reasonably well and the mount had the ability to do a one or two star alignment, quick align, or last alignment.

What was in the boxes with some weights:

The C6-R performs better than one would first expect, chromatic aberration is present of course but less than what would normally be expected with a larger mid focal length refractor, spherical aberration is also well controlled, and contrast and sharpness are very good. Chromatic blur is approximately 6.9
Strictly on a view per cost basis it is an excellent option for a large aperture refractor package.

Using this refractor I was able to have my first views of Scorpii B.
It works extremely well for splitting close double stars or viewing globular clusters, and puts up great lunar and planetary views.

A light yellow filter or one of the various Minus Violet filters does a reasonable job of curbing the chromatic aberration the telescope produces on bright objects and with the telescope capable of a 2.3° field of view it shows good views of various deep sky objects.
Having a mid focal length of f/8 it is reasonably easy on eyepiece selection in use as well.

When seeing the images of these on various websites you will see the tube rings centered or slightly to the rear of the tube.
These images are strictly marketing images.
The telescope is very lens heavy and the actual balance point places the rings almost directly behind the lens cell.
This places the eyepiece low to the ground and can make viewing in some positions a bit uncomfortable.

There are a few things to do to get the eyepiece into a more convenient position such as:

1. Add weight to the focuser end of the tube. 2.3-3.5 kg of ankle weights are usually sufficient to get the telescope more centered.

5. Replace the straight through finderscope with a heavier RA/ RACI finder.

6. Use a heavy eyepiece adapter for 31.75mm eyepieces.
TeleVue still makes a heavy adapter called the “Equalizer”, but taking a regular aluminium adapter to a mill shop and having a copy made from brass is usually not an expensive option and is slightly heavier than the TeleVue.
It will also most likely cost less than the normal 72,00 € that TeleVue charges as well.

7. Metal focuser knobs. There were various places you could buy 24.5mm, 38.1mm or 50.8mm Brass or Steel knobs for this purpose.
A mill shop can also make them for a reasonable cost.

8. This is a tripod mount modification but helps place the eyepiece in a more accessible location.
Orion Telescopes in USA sells a 405mm half pier that fits any standard EQ-5 mount top plate and it can also be modified to fit the AVX mount top plate.
This also adds a bit of weight and stability to the tripod since the legs do not have to be extended much.

In all the C6-R is an excellent telescope to have and use though some things should be considered.

As I stated already the package is large and heavy so can take 4-5 trips to get set up.
The included ASGT mount is just adequate for visual use with the large refractor on it, a Hypertune of the mount does help get rid of most mechanical slop but many recommend a EQ-6 mount instead.

There are some modifications as stated above and improved accessories that will enhance the telescopes use considerably so budgeting 1/3 of the overall original cost for this would not be out of line.
So best done over time instead of at once.

I have had my C6-R since 2005 when I purchased it at an estate sale and have made numerous changes to it over the years, some due to necessity as our relationship did not start out well.

This is how it currently is:

2. While star testing I discovered the doublet was over corrected so the lens spacing was changed and while the telescope was apart the lens edges blackened.
Afterwards I took it to a friend in Czech Republic and we spent some time checking the lens for center, orientation and tilt.

3. The tube interior was repainted in ultra flat black as the factory grey was blotchy and very thin in some places allowing the metal to show through.

5. The standard single speed R&P was replaced with a Moonlite CF 2 speed 50.8mm Crayford. The drawtube interior and front edge were also painted ultra flat black to reduce reflections off of the gloss black anodizing.

6. I had a 3.5kg brass internal counterweight built into the focuser tube adapter.
This allowed me to remove the ankle weights from the telescope tube and gives the telescope its normal nice clean look.
This substantially moves the balance point towards the rear of the telescope tube.

7. A brass 50.8mm- 31.75mm eyepiece adapter was made.
It weighs 0.49kg and has a brass compression ring as well as threading for standard filters. (A copy of the Mercury Systems adapter)

8. All factory chromed screws were replaced with stainless steel.

9. A lightweight 380mm long flocked plastic dewshield was fabricated.
I am considering making a baffled aluminium one at the moment.

10. The factory finderscope was replaced with an Antares 8×50 RACI model.

11. The 200mm extruded aluminium dovetail was replaced with a 280mm aircraft grade solid aluminium Vixen style dovetail.
This helped remove some vibration that was present when using higher magnifications.

12. Teleskop-Service CNC HD tube clamps.
The last two modifications I still wish to do is change the Vixen dovetail to a Losmandy plate and have the tube and dewshield painted.

There is also a 152mm f/8 ED doublet conversion designed by APM Telescope that I have been looking at occasionally, but as the telescope is now, I am very happy with its performance and after almost 14 years of use it is still one of my favourite telescopes.

You have perform a transformation with this telescope.

I love what you have done with the place !

I've enjoyed my C6-R considerably. Only mods I've done so far is to swap the straight-through finder for an 8x50 RACI and replaced the factory dew shield with a flocked Astrozap. I would definitely like to upgrade the focuser.

I've enjoyed my C6-R considerably. Only mods I've done so far is to swap the straight-through finder for an 8x50 RACI and replaced the factory dew shield with a flocked Astrozap. I would definitely like to upgrade the focuser.

A focuser upgrade is one of the best ones to do with these and get rid of the stock focuser. 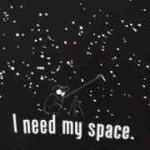 A labor of love! How about some pics?

I probably should take a new picture of it since the last one I took is from 2010/11...
I was thinking of having it painted in this colour. 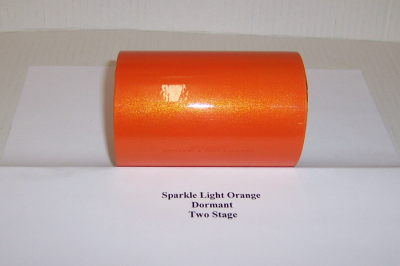 I think it would look quite good with the tube and dewshield painted this colour with gloss black accessories.

Lady Fraktor wrote: ↑
Sat Sep 28, 2019 5:43 am
I think it would look quite good with the tube and dewshield painted this colour with gloss black accessories.

Thanks for this Gabby. Great write-up and you have done some wonderful work to the scope! It sounds terrific: you have given me a few nice ideas for my f5 version: particularly the ultra black interior and new focuser.

I think it would look amazing in that colour: I am not too fond of the Celestron blue of my version. I have been thinking of a metallic copper or bronze finish, but your orange looks great.

FWIW I agree with you about not bothering with the ED conversion: I suspect the improvement in the view would only be marginal, and not worth the extra money especially after all the work you have done to optimise the beast.

One of my favorite YouTube videos. I really enjoy watching her carry that yard canon out.

I carry my telescope down the stairs over my shoulder, mind it weights 13.5kg now.

I was going to comment that the stock OTA seems relatively heavy. I guess you don't need to go to the health club to lift weights if you're observing regularly.
If you don't understand your noise, you cannot reliably extract a meaningful signal.
~ES

Refractordude wrote: ↑
Sat Sep 28, 2019 6:16 am
One of my favorite YouTube videos. I really enjoy watching her carry that yard canon out.

And none of her neighbors have reported to Homeland Security that there's a woman carrying a shoulder-launched SAM around...
If you don't understand your noise, you cannot reliably extract a meaningful signal.
~ES

I was going to comment that the stock OTA seems relatively heavy. I guess you don't need to go to the health club to lift weights if you're observing regularly.

Carrying 46kg of gear down and then back up to the third floor can be quite the workout at times so I go to the gym daily to be able to do it.