First job of the afternoon was to sweep up after the builders we've had in this week laying some block paving. Big mistake, plagued by dust bunnies in images later on! Next job was to balance the rig and new guide scope with a milk bottle half filled with water, weigh the bottle and cut up some lead roof flashing to fix to the end of my counterbalance arm. My new counterweight worked out nicely!

It's all starting to look like a proper rig now! Except that the dew shield no longer fits due to (pun intended!) the guide scope mounting bar getting in the way. 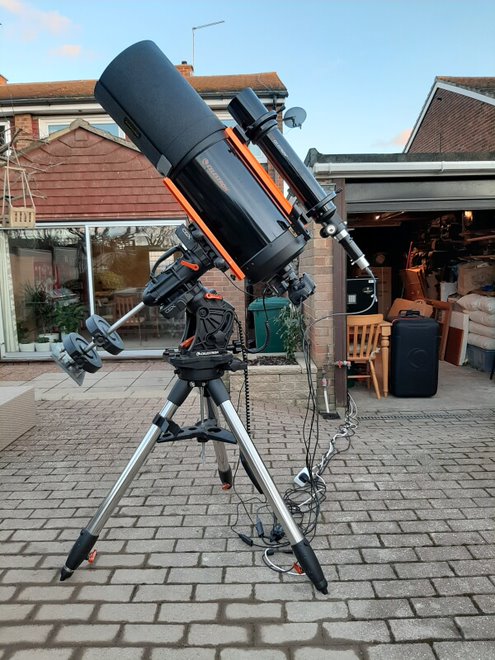 After sun set I loaded the last pointing model in CPWI and slewed to a few objects to add to my collection (viewtopic.php?f=91&t=4900) whilst waiting for the January challenge to rise in the east. I set up PHD2 and it connected to the mount and the camera but was unable to track for very long. Traced that down to a loose thread on the guide camera nose extension.

Then decided it was unable to control the mount to plate solve. There was quite a bit of cloud gathering so I pointed the telescope at NGC2359 using CPWI and after getting PHD2 going I dabbled with a few test shots and histograms. Then set to take a set of 50 x 120 second lights at ISO800. The guiding seemed to be behaving itself. Then I just captured 10 darks and 50 bias because it was late and cold! 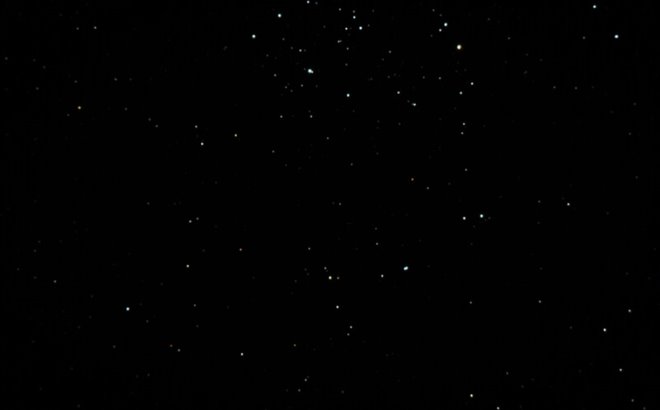 Stacked in , processed in .

So no Norse god's helmet but lots of nice round stars! All in all a good night. The rig is balanced, I added to my list and the guide scope works a treat! All I need to do now is get to the bottom of the mystery that is !

What a fine looking setup Graeme!


The dew shield heating element is where the notch would go so unfortunately that's not an option. It will have to go over the top bar I think because having it in a more forward position as in the photo caused some serious vignetting. I might have to run the router across the top of the end of the bar first to reduce it's profile at that end.